Support the Subway to UBC 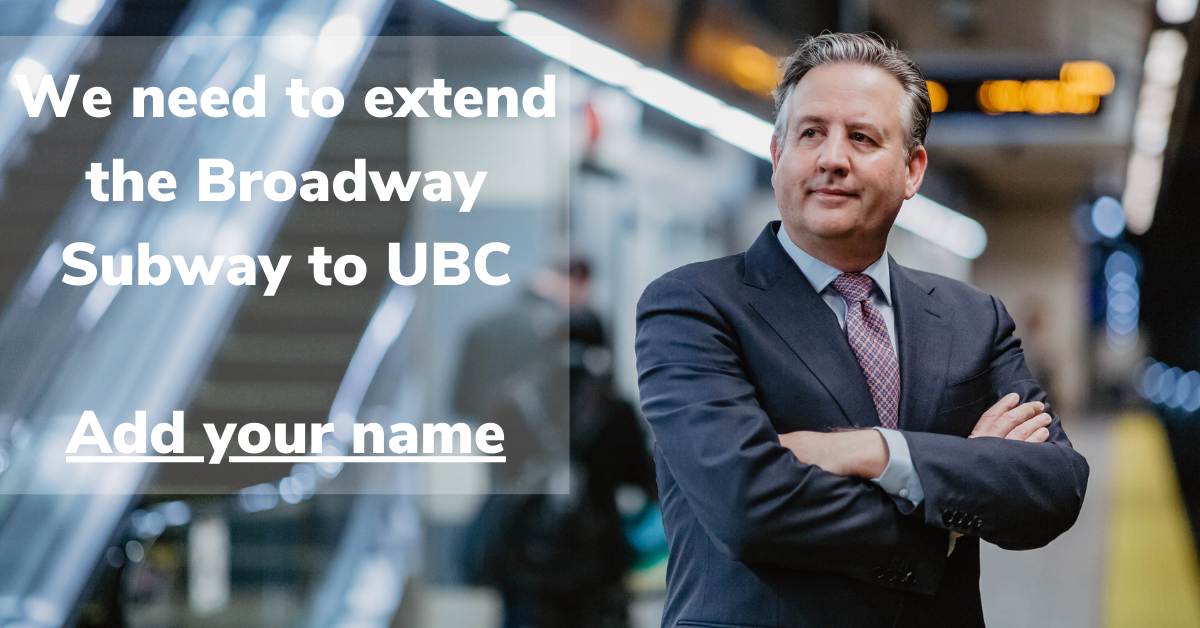 Right now, we only have the funding in place to build the Broadway Line to Arbutus St, and Vancouver deserves better!

As we recover from the pandemic, we need to invest in the UBC Subway extension or UBCX to help us create good jobs while combating climate change and reducing congestion by taking 3,000 cars off the road per day.

Metro Vancouver is North America’s leader in transit ridership growth, and Broadway is the busiest corridor in all of Canada or the United States.

That’s why we need Prime Minister Justin Trudeau and Premier John Horgan’s help getting the line all the way to UBC.

All of our hard work is paying off as the project has recently secured funding from the federal and provincial governments for the UBCx business case study – another critical step forward for this project. I am so grateful to Prime Minister Trudeau and Premier John Horgan for believing in this great project!

It was especially encouraging to hear the Premier commit to “matching the dollars that are on the table from the federal government to continue and conclude the [Broadway Subway] line all the way out to UBC.”

We still need to secure more funds for the business case, and I will not stop fighting to get the job done.

Add your name if you agree that we need to complete the Broadway Subway to UBC extension today!